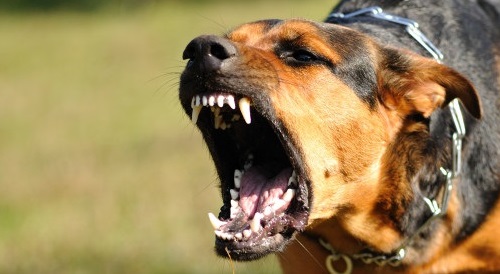 Fear periods in dogs are the answer to why some dogs are just scared of certain things and why many older dogs develop odd fearful traits with age.

One of our blog followers sent us a question about her dog. This person wrote that:

Suddenly, her young dog started showing odd behavioural tendencies such as excessive barking at strangers and an overall restlessness.

In this article we try to shed some light on this dilemma that many observe in their dogs but few really understand why.

What are Fear Periods in Dogs?

Few owners are aware that their dog is going through a fear period. During these distinct periods, the dog has a higher tendency to become fearful of things that were totally accepted before. This fear can manifest itself in many ways ranging from extreme caution to overly protective behaviour. Whatever the manifestation, it is of utmost importance to notice and help your dog return back to normal. We must also keep in mind that dogs can develop fearful tendencies at any age and that we must not generalise and rush to conclusions.

This first fear period takes place during the early development of the dog when it is still a puppy. Typically between the 8 to 10 week mark. Some behaviourists argue that it may be even until the puppy is 12 weeks old. During this time a puppy is very sensitive to traumatic experiences. A single traumatic event can traumatise a puppy for his entire life. The traumatic experience can be anything from people, other dogs, loud sounds and other objects. During a fear period the dog is more inclined to perceive stimuli as threatening. 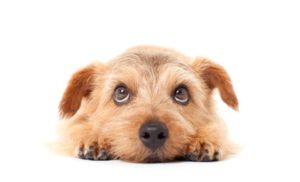 In a natural setting, the first fear period is the time when puppies would start to venture out of the den. They start following their mother’s guidance as to what is life threatening and what is not for survival.

Regardless of what anyone may say, never separate puppies from the mother before the age of 12 weeks!!

In a wild setting, this fear period coincides with the age at which dogs would be allowed to hunt and scavenge with the rest of the pack. Therefore it is a time where the dog would need to learn valuable lessons for survival. The level of response by the dog to the external stimuli increases and often owners observe strange behaviour popping out of nowhere.

A third and fourth fear period?

Behavioural studies have varying opinions about this. Some argue that there is a third fear period during early adulthood. Others claim that there is an even fourth fear period when dogs start getting old. The general observation is that fear periods mark certain milestones in the dog’s life. At these milestones there is some kind of behavioural change and the dog needs to learn new things in order to survive. 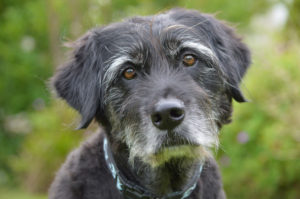 How should one handle his dog during a fear period?  In summary, dogs in such a state should always be socialised with stable and balanced dogs. In that way you facilitate your dog to learn positive things during this very gentle time in his life. Avoid traumatic experiences at all costs and enhance confidence through training, interacting with your dog and exercise.

Get in touch!! We are here to help with any questions you may have.